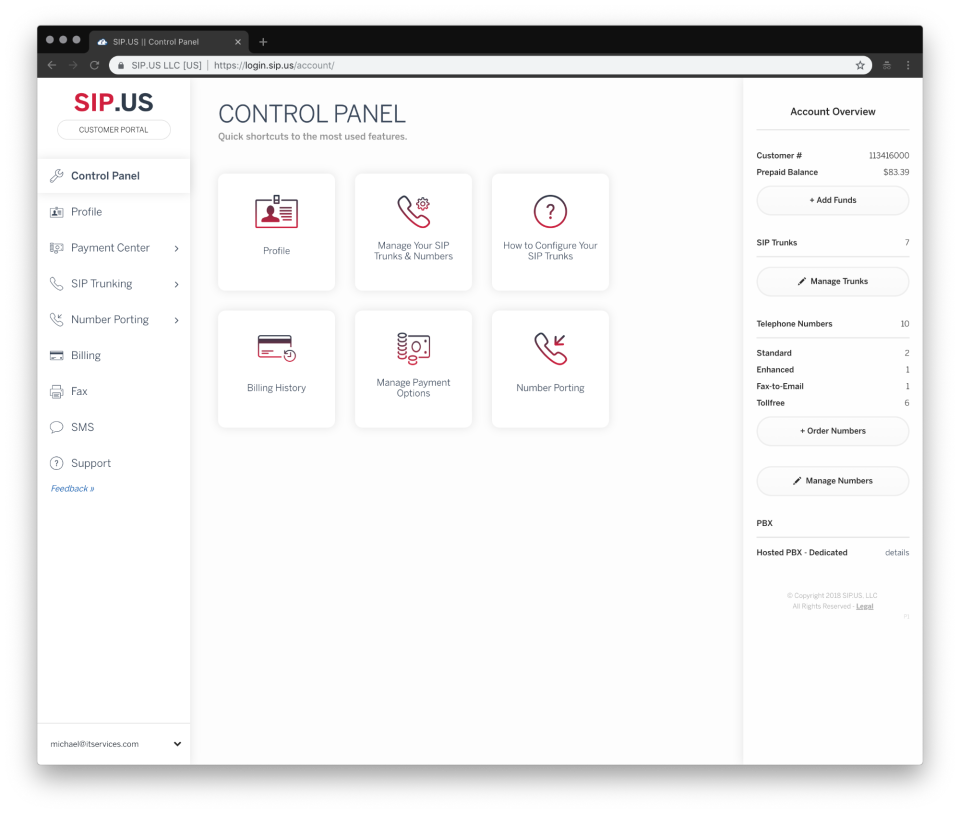 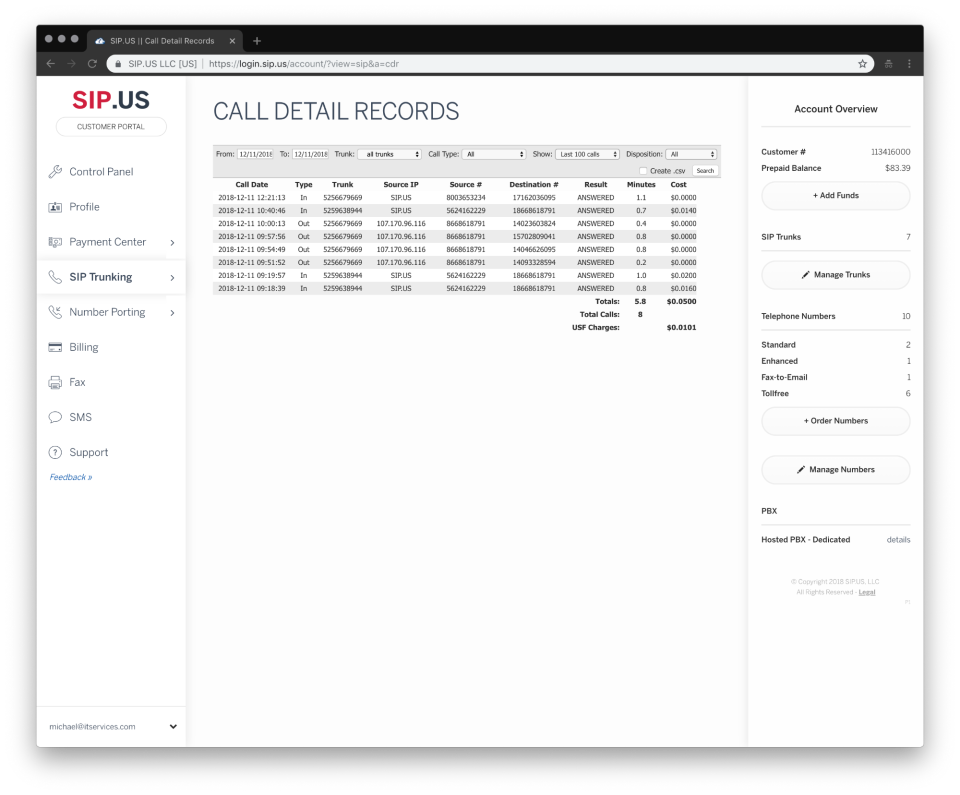 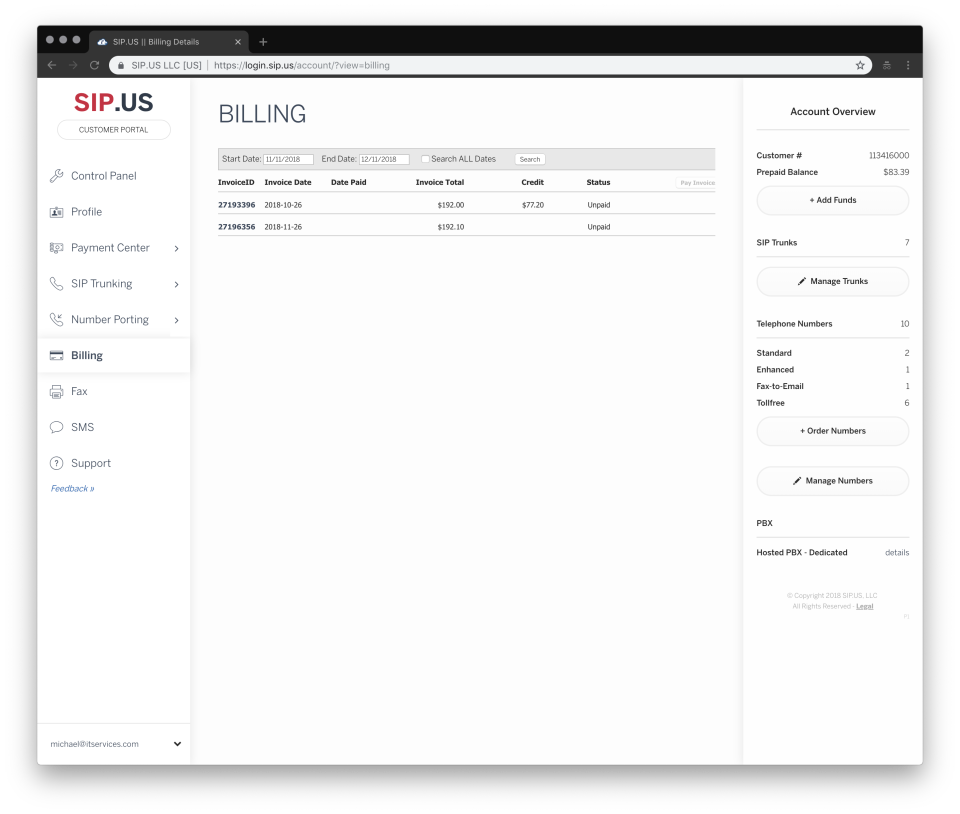 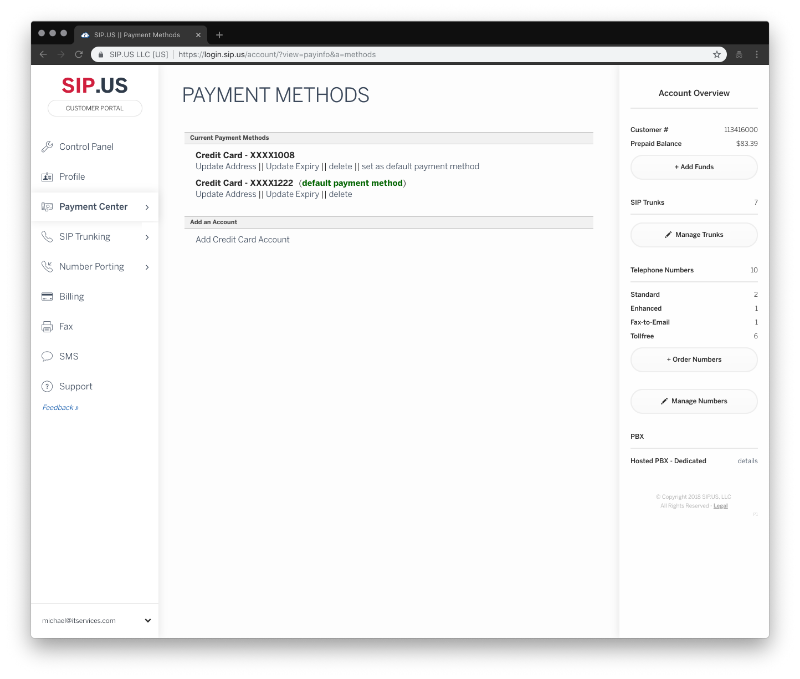 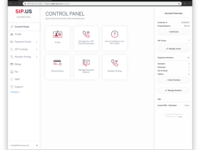 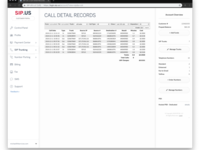 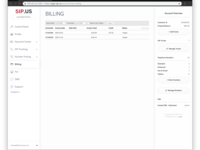 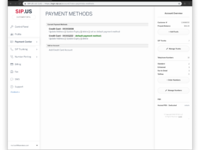 Great for trunks and hosted Asterisk

Commentaires: It provides an automated IVR service for our clients, and routes inbound calls to our operators.

Avantages: We have had a hosted asterisk service with SIP.US for almost 8 years and we liked that we have been able to add custom code to our service to be able to better meet our needs

Inconvénients: There hasn't been anything that I would describe as a con.

Commentaires: Overall we are very happy with the SIP.us solution. We have contractors all over the world, so having the ability to call people all over

Avantages: - Ease of integration with the PBX (we use Asterisk)
- Clear user guide and documentation

Inconvénients: - Mostly good for calls made to North American and western-European numbers. Not so good for international calls, especially to some countries - India, Russia and some Eastern-European countries (Romania, Bulgaria, Armenia come to mind). Some providers in these countries seem to detect that our calls are Voip calls and block them. And we have raised this issue with SIP.us, but received no feedback. This means we have to spend more money making phone calls via Skype. And Skype calls are expensive but always go thru, unlike calls made via Sip.us trunk lines. Now, I understand you may say it is not your fault that telcos are blocking calls made thru SIP. But from my PoV as a customer, what I see is simply that Skype-made calls work where SIP-made calls are failing to go through. So what is Skype doing that SIP cannot?

Commentaires: Overall experience has been good. The major thing I wish they had is a 24/7 phone number that I could pick up the phone and call for tech support. When we do cutovers and new projects it's usually done after hours or on a weekend to avoid cutting into business hours, so having support 24/7 would be hugely important to tech people like me.

Avantages: Service is outstanding, don't have to deal much with dropped calls or latency issues. The web interface is intuitive and easy to use, and most importantly the support is pretty good (email/ticket only though, really wish they offered more support over phone)

Inconvénients: I don't think they have phone support that you can call in normal, if they do please let me know and I'll modify this review. Only other drawback is cost is a tad higher than some others out there. But SIP.US is pretty easy and reliable.

Your experience may vary

Commentaires: I inherited the phone system from the original individual whom had passed away prior to my being hired. Though the user experience has changed with an overhaul over the main site itself, there are still many things that are a pain to do. The bills are also very vague & fixing charges has been a massive pain. Items will have generic listings and refer to something you wouldn't have even thought of. I've tried since January to get credited for an item I was told was 1 thing but turns out it was something we no longer had and while it was removed, the credit was never applied. Weeks can go by without a response to a query or action is taken without a response back. Part of these issues could very well be that I am not the primary on account, but I am the one that handles it. Improving the communication could possibly do wonders for the business as a whole.

Avantages: You can login via root and make changes to system via command line. This can be a big plus if you're wanting to make custom edits or security changes to the system to meet your companies' needs.

Inconvénients: The servers were not kept up to date by provider as I was told they would be, so our software has fallen too far behind the current available branches to update. This mostly means I have to keep within specific lines of phones and forced to manually deploy each new phone. This also means that I don't have access to command line tools I would normally have to trouble shoot connection issues the OS is way out of date as well and can't be updated without a massive headache which I haven't found to be worth the effort.

Commentaires: We use SIP.US as the phone provider for our office's 40-extension phone system. We currently have toll-free and local numbers (DIDs) with them as well as some fax numbers.

Inconvénients: - Website is a little outdated.
- Pricing is just fair, not great.